Wearables – What is Happening?

Wearables might be the best characteristic example of IoT devices, enabling the interaction between humans and gadgets and blending of embedded sensors, software, and connectivity towards supporting automated data exchange. Wearables, especially smart watches and devices for fitness monitoring, are the main interface with IoT for consumers. Companies that have focused on mechanical manufacturing are embracing software platforms and shifting their focus to high-tech to keep up with the competition.

Both non-consumer and consumer markets are rapidly evolving, but the latter has definitely been growing more significantly, at least, until now. While 2015 saw the explosion of wearables worldwide, in 2016 there are some signs of customer hesitation and uneven development. Basic wearables are growing steadily, while smart wearables have stalled somewhat, with some exceptions like China. Growing expectations and issues regarding accuracy and security need to be solved, while the IoT convergence of added-value and user-centric approach deepens.

Stretchable electronics is one of the revolutionary developments currently taking place. A team of Swiss researchers at EPFL has helped to make better wearables and robotics with stretchy circuits – a liquid-metal electronics that can be stretched up to four times and can be cycled nearly million times without losing its original shape. There are promising developments for the future of electronics integration into fabrics, biological sensors and many other uses. And moving even further on, the next big platform of wearables might be the one that all of us are already wearing – our skin!

But none of the previous can happen without new developments in power supplies. Supercapacitors are one way to power wearable electronics. They have a higher power density and longer life cycle than standard capacitors or batteries and a now a stretchy micro-supercapacitor using a ribbon of graphene has been produced in Singapore Nanyang Technological University. Another study provided wearable thermoelectric generators for human body heat harvesting, meaning moving closer to reality of health monitoring devices that do not rely on batteries at all.

Scientists at the National Institute of Health and Nutrition in Tokyo have tested the accuracy of twelve of the most popular fitness trackers. All the metrics had some variations and room for improvement. But then again, unless your health is dependent on fitness tracker, the small lack of accuracy should not be a game stopper. Less discussed, but more troubling on the other hand, is the security concerns, as those devices collecting and storing a lot of sensitive and personal data.

With the continued rise of multi-purpose devices like smart watches, fitness trackers struggle to find their niche. It is about time to improve their performance and get more detailed metrics and innovate to differentiate – do something that smartwatches cannot. That moves us away from the mass market, and more to niche products. Lately we have seen more professional athletes adopting the possibilities of the wearables. Software developers and product designers can now claim at least a piece of the medals won. 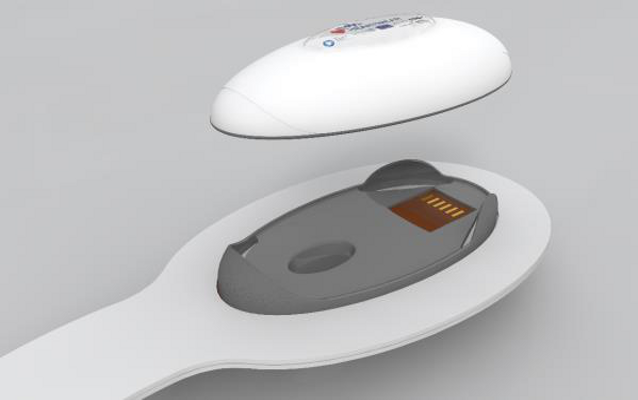 Prevention of several health issues also benefit from developments in the wearables industry. EII has been giving its input developingwearable wireless kit for the detection and monitoring of ischemic conditions and getting real-time biomechanical feedback to reduce injury risks during running, among other projects. Adding experience in business development for hazard-sensing, network connected garments for industrial safety-critical environments opens totally new set of opportunities in wearables sector. Patients suffering from dizziness and vertigo can get help from Enty, a device developed by students at the University Politehnica of Bucharest to detect inner-ear conditions. And there are a bunch of great examples of wearables improving the lives of disabled people – like gloves translating sign language or early detection of pressure ulcer risk for wheelchair users.

Healthcare is coming to our daily lives and helps to get timely feedback with less hassle. Even the most common and feared medical test – drawing blood, can probably see a revolution soon with vein scanner and robots and small things like bandages can make you aware if there is a case of infection. And there is every reason to believe that we are only touching the surface here…

There are not many industries that have not been touched by the explosion of wearables. The construction industry has smart helmets increasing workplace security and operation efficiency, the fashion industry is becoming an increasingly important player in wearables, the list goes on and on. But the devices are all connected.

The value of wearables does not lie in the devices itself, but in the ecosystem of IoT in which they are functioning. The associated value is providing the biggest benefits for the manufactures – connected devices and service help to boost the sales. Therefore, wearable devices are only part of the business model for most of the big players in this field. The true value of smart devices lies in the collected data. Forrester, among others, has even proposed IoT to redefine the brand engagement.

After a big success, the wearables market has shown more modest growth this year. All the early adopters have grabbed their devices and hesitators are still not convinced to let continued tracking into their lives. The nature of being “always on” is something that might turn the consumers off. The struggle of convincing sceptics and providing continued improvement for both hardware and software is ongoing. IoT is giving great opportunities for customer engagement that cannot be ignored. Predicting and responding to consumers’ unspoken needs is getting more real than ever now, but with larger loads of data, comes more complicated decision-making and even bigger responsibilities.

28.02.17 Development of software and smart seat with built-in sensors for comfort and safety